A CAMH-developed model to treat these symptoms offers a new standard of care that could be adopted in hospital units and long-term care facilities. The approach has already improved outcomes for older patients in a pilot study. Now, in two large-scale studies, funded by Brain Canada and the Centre for Aging and Brain Health Innovation, CAMH researchers and their partners will evaluate the model in seven sites across Canada.

At the Ukrainian Canadian Care Centre, which implemented the model in the pilot study, “the benefits have been obvious,” says Dr. Peter Derkach, Medical Director at this centre and West Park Long-Term Care. “There's been an improvement in the management of aggression and agitation in patients. This means better quality of life for patients. It’s also better for families and staff.” (Read “A family’s perspective,” below)

Called an integrated care pathway (ICP), the new model is novel because it offers a standardized, structured approach rather than open-ended guidelines, and addresses inappropriate use of psychiatric medications. The research team will assess the ICP’s impacts on agitation, rates of prescribing multiple medications and caregiver burden, as well as the cost-effectiveness of the model relative to usual care.

Agitation refers to behaviours that cause emotional distress and relationship problems for people with Alzheimer’s disease, says Dr. Sanjeev Kumar, Medical Head of Geriatric Mental Health Research at CAMH. These may include irritability, restlessness, excessive movement or pacing, or being uncooperative when receiving care. Aggression may be verbal or physical.

“These symptoms lead to prescribing antipsychotic medications, which can increase risks of mortality and stroke,” says Dr. Tarek Rajji, Chief of the Adult Neurodevelopment and Geriatric Psychiatry Division at CAMH. Up to half of people with Alzheimer’s disease are prescribed two or more psychiatric medications. “There is inappropriate use of medications – doses may be too low and not achieving the desired effects, or too high. It’s a problem worldwide,” says Dr. Rajji.

Dr. Derkach, whose long-term care homes are partners in the new studies, sees the need for better approaches. “There is a huge need for research and developing processes to treat aggression and agitation in people with dementia,” he says.

The CAMH ICP outlines a step-by-step treatment process, using standardized assessments and specific measures and thresholds for prescribing and changing medications, if these are needed after non-medication or behavioural interventions. A team of physicians, nurses, social workers, occupational  and recreational therapists and other health care professionals applies the model during a person’s care. The model was created in 2013, and piloted in CAMH’s geriatric inpatient unit and the Ukrainian Canadian Care Centre.

The pilot stage showed several positive outcomes, including reduced agitation after adopting behavioural interventions only or with medication use, almost no use of multiple psychiatric medications and reduced rates of falls. “We’ve seen very promising data so far,” says Dr. Rajji. Next, the new studies will expand and evaluate the model in three provinces.

In the study supported by Brain Canada, the collaborators will evaluate the model in a randomized controlled trial in four hospital inpatient units and three long-term care homes across Canada. Patients at each site will receive either the usual treatment or the ICP.

The study partners are CAMH, Douglas Hospital Research Centre in Montreal, Parkwood Institute in London, the University of Calgary, McCormick Home in London, and the Ukrainian Care Centre and West Park Healthcare Centre, both in Toronto, and ICES.

While behavioural interventions have been part of the ICP since the start, the new study will examine a standardized approach for providing these interventions. This will include identifying the physical, social and environmental factors that may cause agitation, and ways to address these factors. Patients will take part in daily programs based on their individual needs, such as pet therapy, music therapy, social visits, outdoor activities, physical exercise or mindfulness.

“The ICP is very logical, structured and tested,” says Dr. Derkach. “That’s the value of it.”

Linda Krisman is a family member and project partner in two new studies of a CAMH-developed model for treating agitation and aggression in people with Alzheimer’s disease. She’s committed to this work because she’s seen the benefits of this treatment in her mother’s life.

A few years ago, her mother, Yolanda – “a very proud, independent lady” and former teacher – was diagnosed with Alzheimer’s disease.

“At first, I didn't know who to go to; I felt quite alone,” Ms. Krisman recalls.

When her mother came to CAMH for care, “this changed everything.” That’s when she learned about CAMH’s treatment model, called an integrated care pathway (ICP).

To help her mother, the care team focused on non-medication or behavioural factors related to agitation. “Understanding and dealing with the behavioural element is so important. For example, taking a shower can now be a frightening experience for someone with dementia – it may be because of the sound, or feeling vulnerable,” says Ms. Krisman. “Medications can be important, but the emphasis on the hard, behavioural long-term strategies – diet, movement, stimulation and relaxation – is key.”

The multidisciplinary care team of doctors, social workers, nurses and a nutritionist “was always available to coach me,” she says.

The benefits she’s seen, both for her mother and herself, encouraged Ms. Krisman to partner in research studies, sharing experiences and reinforcing the values that are important to families as a way to enhance the care that all people with dementia and their families receive.

“What I have gained – to support my mom, and support my circle of friends and other people having similar experiences in their families – is access to coping skills and how to adapt to different stages of life,” she says. 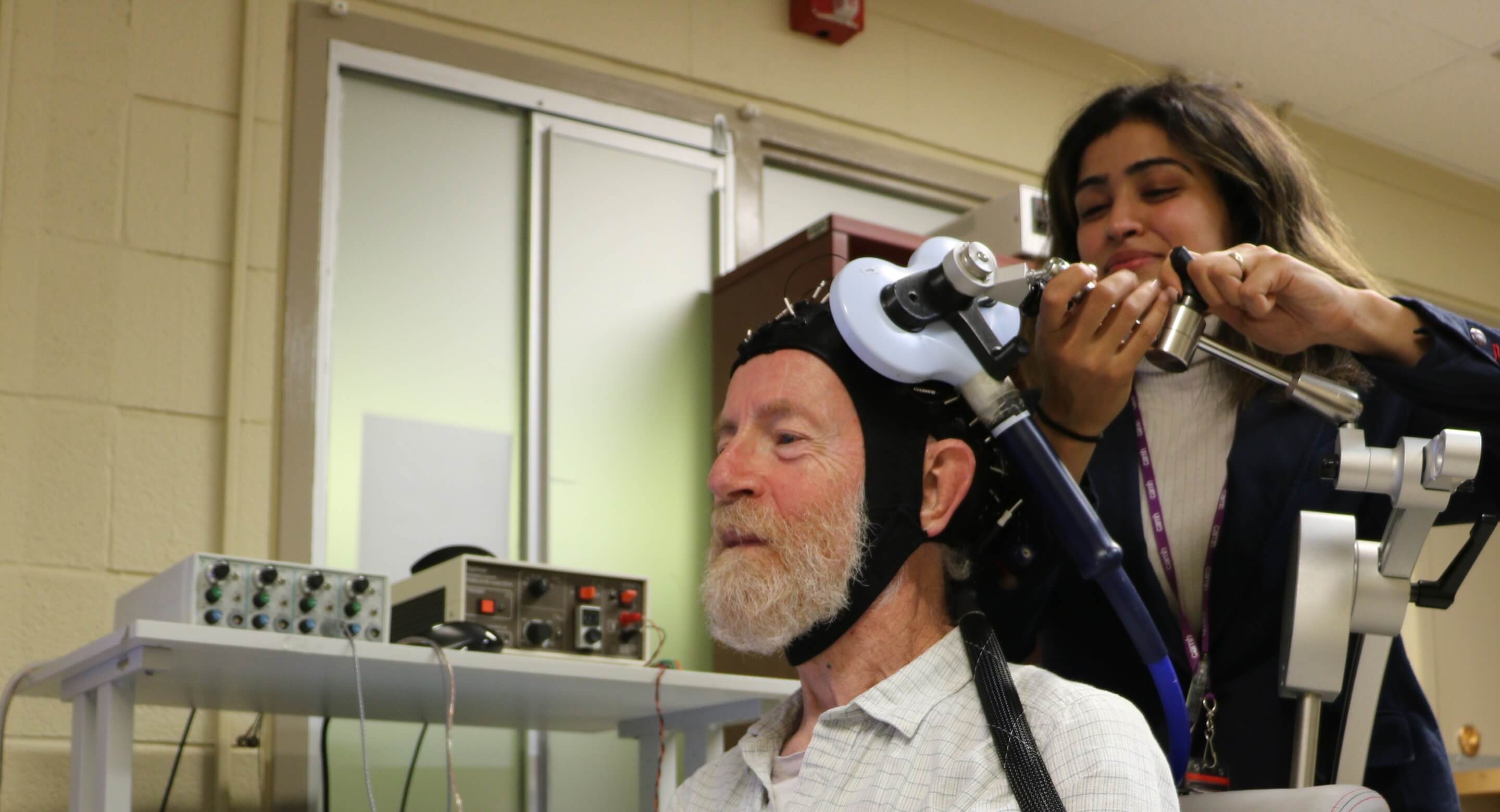 Join us for a moment of gratitude

Even in difficult times, we see so much kindness and generosity in the CAMH community! Listen to a shared moment of gratitude as we reflect on what donors have helped make possible over the last year.