If CAMH Youth Engagement Facilitator Emma McCann had moderating a panel at the United Nations General Assembly on her bucket list, she can cross it off now.

Because at the invitation of federal Health Minister Ginette Petitpas Taylor, that is exactly what she did in the last week of September. 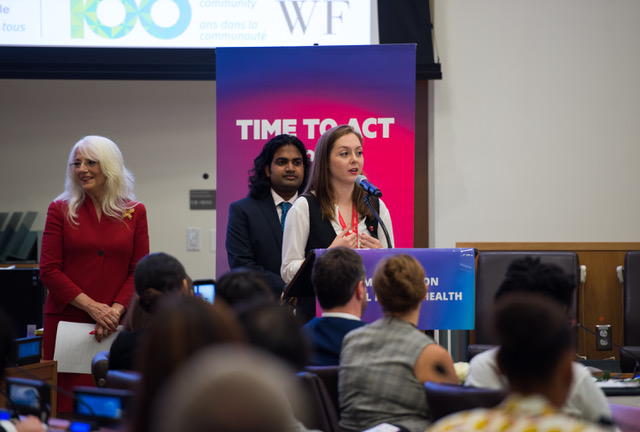 It is believed to be the first time an entire panel discussion at the General Assembly has been devoted exclusively to the topic of mental health. “Time to Act on Global Mental Health” featured a panel that included Minister Petitpas Taylor, as well as representatives from Belgium, Ecuador, The Netherlands, Bahrain, the World Health Organization and the Born This Way Foundation, co-founded by pop star Lady Gaga and her mother Cynthia Germanotta, who acted as chair of the panel that McCann moderated.

“It was an amazing experience,” says McCann back at her CAMH office about the 90-minute panel discussion that began with a video message from UN Secretary General Antonio Guterres.

Moderating the panel was the highlight of McCann’s three days in New York, where she was part of the official Canadian delegation.  The night before the panel, McCann was invited to a special cocktail reception that featured a performance by spoken word artist Yashi Brown, Michael Jackson’s niece, whose subject matter often deals with her own lived experience of mental illness.

McCann even got an up-close glimpse of American President Donald Trump.

“His motorcade drove right past us on the street.  He waved to us.” 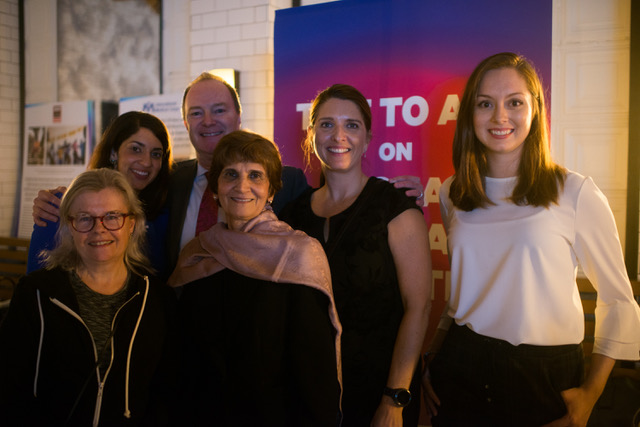 McCann’s lasting impression of her time at the United Nations was how respected Canada was as a major player in regards to global mental health.

“The biggest takeaway that really kind of blew my mind is that here in Canada we are so hard on ourselves about where we’re at with mental health and the need to be doing better, when you take a step back and look at this from a global perspective, Canada is completely perceived as being a leader in this,” says McCann. “Which is a really interesting perspective because it’s not what we hear doing this work at home. As soon as you step abroad, people are looking to us for our leadership and what’s happening here, even though we still have a long way to go.”

So did the experience make her hungry for more opportunities to be part of the global conversation on mental health?

“The international piece is really interesting to me. I think there is so much more room for collaboration, and so many really unique interventions that have come out that are in some ways transferable,” she says.  “I’m excited to see where that goes next because I think that’s really the next big conversation is how do we do better as a global community?”

Sounds like someone who is going to make sure her passport is always up to date.  Emma is going places.

Turn your reason into action.

With your support, CAMH can fuel more life-saving mental health research and transform care for those living with mental illness.